Jim and Jeanetta's journey with Alzheimer's

The first time Jeanetta Pyle spotted the man who would become her husband, he was leaning his 6-foot-4-inch frame inside a doorway at a Newark Ski Club meeting, quietly observing. That was just Jim Pyle’s way — staying out of the limelight, even though, as a successful lawyer and former Newark Hall of Fame inductee, he could easily have run the room. When she saw him not long after, loading his skis into his car after a day on the slopes in Mansfield, she marched up to him and introduced herself. They married four years later.
Jim was intelligent and dedicated to his job. He rose through the ranks, becoming a partner at his firm. But in 1999, his colleagues started noticing small mistakes in his work. By early 2000, they were encouraging him to see a doctor. When he did, in February of that year, the diagnosis was devastating: Jim had Alzheimer’s disease, which would eventually overtake the sharp mind that had served him so well all his life.
When Jim died in 2007, his life had become a tangle of confusions. “In that last stage, you have to remember that today is always the best day of the rest of their lives,” Jeanetta says now. “Tomorrow will be worse.”

Back to Together Stories 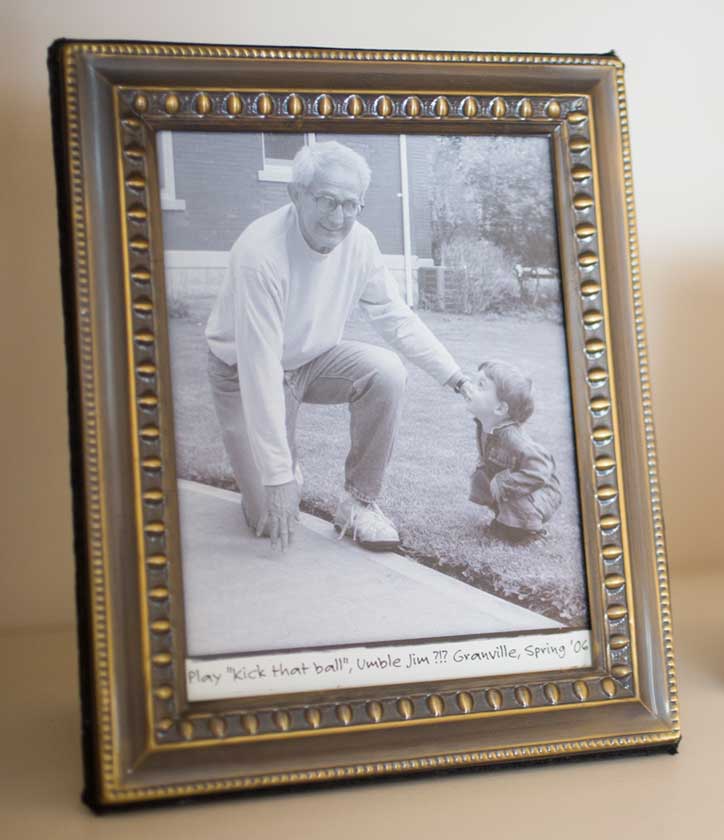 “I’m absolutely convinced that if your family or friends have not had an affliction with Alzheimer’s, you’re very lucky, because it’s going to affect everyone at some point.” Jeanetta Pyle
“To be able to inform people in our community was just a wonderful thing.” Jeanetta Pyle

Creating awareness in the community

In 2017, Jeanetta and Dr. Scharre worked with Ohio State-Newark to take that test to more than 200 people during a community event that also included easy to- understand tips from Dr. Scharre about recognizing early signs of Alzheimer’s disease.

“Jim had grown up in Newark, and I just felt like this could be a wonderful tribute to his memory and extremely informative to people in the community,” Jeanetta says.

The event would not have been possible without Jeanetta’s philanthropy — and without gifts to Alzheimer’s disease research at Ohio State.

“I’m absolutely convinced that if your family or friends have not had an affliction with Alzheimer’s, you’re very lucky, because it’s going to affect everyone at some point,” Jeanetta says. “To be able to inform people in our community was just a wonderful thing.”

Celebrating the achievements from big and small donations, view all stories.