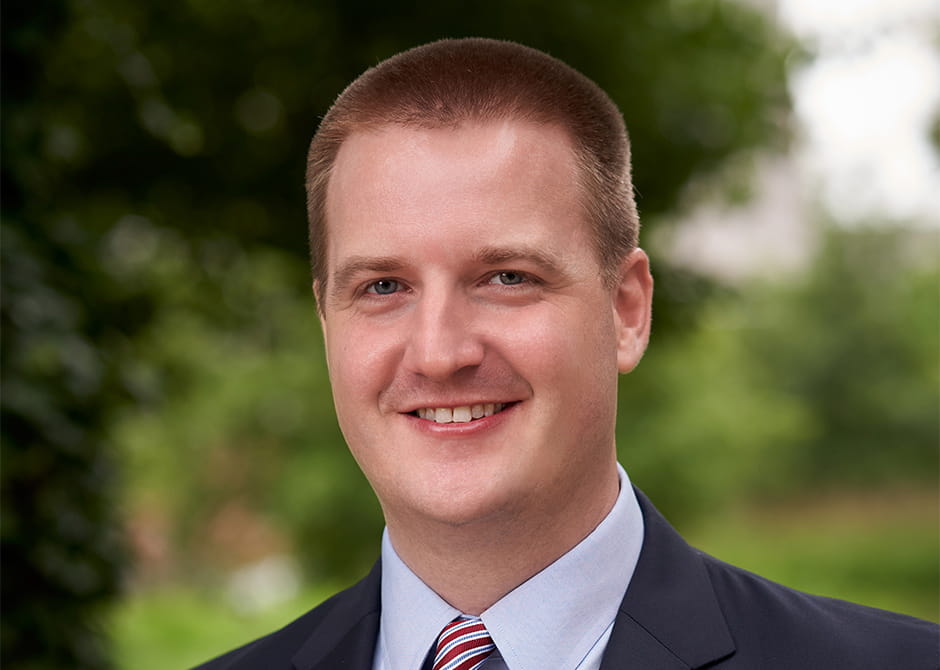 Ryan Meadows is chief of staff for Harold L. Paz, MD, chancellor for Health Affairs at The Ohio State University Wexner Medical Center and executive vice president for Ohio State. Ryan works with Dr. Paz on the execution of a broad range of strategic priorities and key initiatives. He plays an important role on Dr. Paz’s administrative team, managing the daily operations of the chancellor’s office, and serves as a liaison between the chancellor and other leaders of the Wexner Medical Center and the university’s seven health sciences colleges.
Ryan has been with The Ohio State University since 2004. Prior to becoming chief of staff, he served in Ohio State’s Office of Legal Affairs as the director of Strategic Initiatives and special assistant to the Senior Vice President and General Counsel. His responsibilities included organizing the General Counsel’s daily office operations, facilitating relationships with university and medical center senior leadership, tracking and managing special projects and providing legal advice and counsel to senior university leaders. Prior to that, he worked in multiple roles at the John Glenn College of Public Affairs, including as director of Admissions and Student Services.

Ryan has a law degree and a master’s degree in public policy and management, both from The Ohio State University. He earned his bachelor’s degree in political science from the College of Wooster.